Chris Kielbratowski moved from Poland to Nova Scotia in 1952, a young man eager to start a new life in Canada. He brought with him the knowledge of old world recipes and skill in the techniques of meat processing. In 1953, he and his brother Max opened a meat and deli shop called Atlantic Packers, on Gottingen Street in Halifax. In addition to working in the shop, Chris would sell his products door to door and at the Halifax Saturday Farmers’ Market.

From 1957 through the late seventies, Chris also operated one of the largest mixed farms in the Eastern Passage area of Nova Scotia. His farm operation was complimented by a small meat processing operation specializing in unique European smoked meat products.

Chris was a family man, who raised his children on the values of hard work, honesty and integrity. The family worked together to build the foundation of Chris Brothers and grow the reputation of their quality meat products. They operated several popular retail deli shops, where loyal customers regularly went for all their meat purchases. Max went on to open the successful Brother’s Meat Market, still in operation today on Agricola Street in Halifax.

Born in Zalno, Poland, September 26, 1924, Chris was well known throughout his life for his kindness, respect, generosity and concern for others. Over several decades Chris built a deli and meat business that stood for exceptional quality, taste and uniqueness.

While Chris Brothers were known for great quality products, they were most famous for their old-world style smoked pepperoni.

In 1980, the second generation of the Kielbratowski family, brothers Victor, David and Rick assumed ownership and management of the company. They continued to grow the business and expand their operations. A provincial processing facility fronted by an old-style service oriented, fresh meat and deli shop was built in Cole Harbour, Nova Scotia. 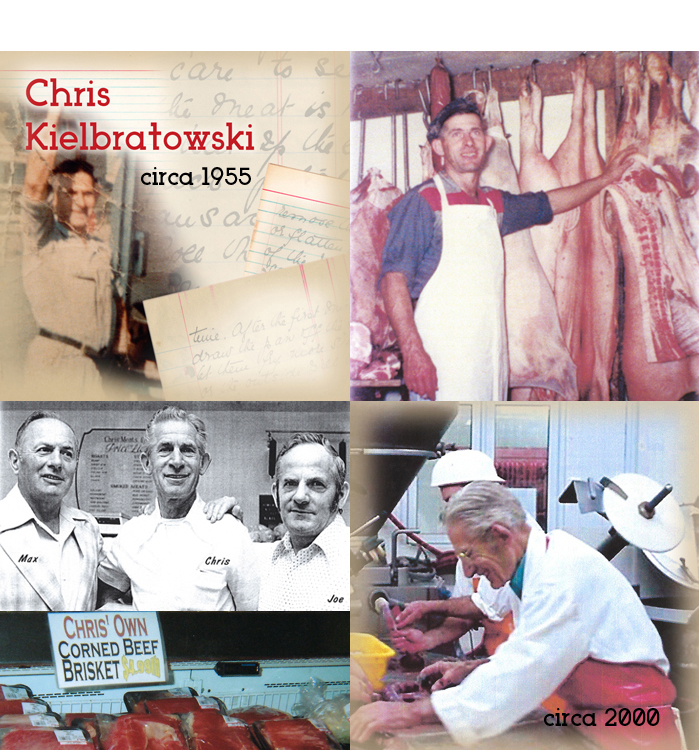 Bonté Foods Limited purchased the name, recipes and assets of Chris Brothers in 2005 and was proud to incorporate the company into the Bonté Foods facility in Dieppe, New Brunswick. Bonté continues to use the same recipe using naturally smoked wood, that was passed down to them by the Keilbratowski family.

Bonté began operation in 1977 under the name Greco Foods Limited. The main purpose at that time was to produce and supply a growing number of Greco Donair Restaurants with donair and pizza products.

In addition to being federally inspected, Bonté Foods is also BRC certified, HACCP recognized and has an on-site quality assurance lab for its own testing and R&D.

Look for our products in a supermarket, restaurant or anywhere great meat products are sold. 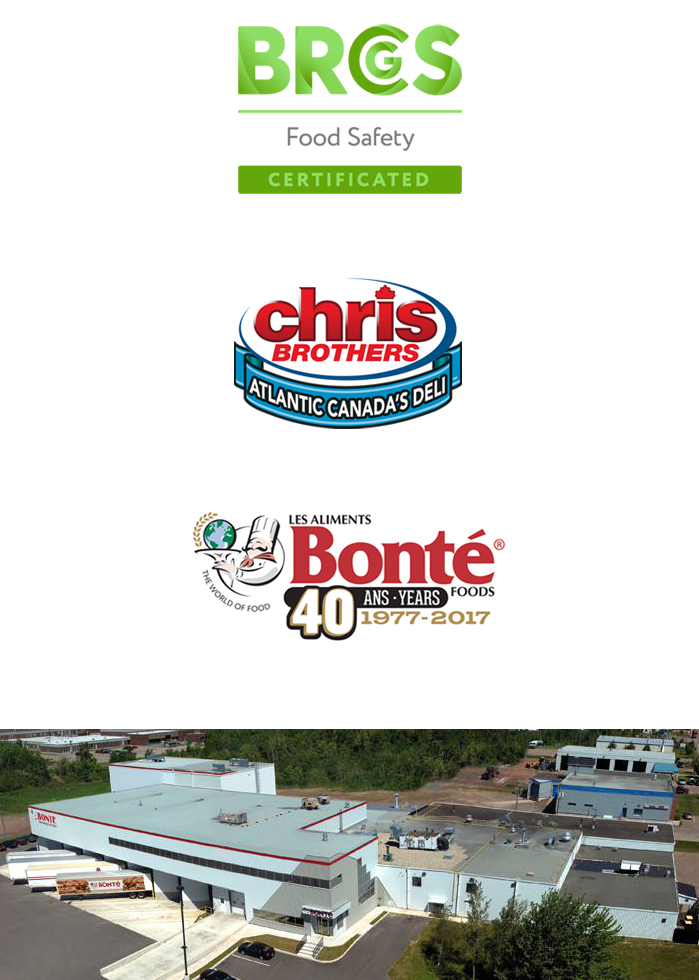 Garden of Hope
Each year during United Way’s Day of Caring in June, our employees volunteer to help prepare and plant vegetables at the Garden of Hope. The resulting harvest is donated to Ray of Hope Soup Kitchen and other deserving organizations.

Annual AED Giveaway
During Heart Month in February 2018 and again in 2019, we gave away an Automatic External Defibrillator to a deserving organization. How important are AEDs? Just ask Chris Bothers/Bonté Foods employees Bill Wiseman and Paul Sivret, they’ll tell you. Both men experienced cardiac arrest in the past few years and their lives were saved by an AED device. Bill while at a hockey rink and Paul while at work at Bonté Foods. It was Bill’s experience that inspired Bonté Foods to install the AED that helped to save Paul’s life. We believe AEDs need to be accessible. Learn more